Pete and Jody contacted me early this summer about selling their family home on Phinney Ridge. I’ve known Pete and Jody for many years as we were former neighbors and they wanted to work with someone they knew. 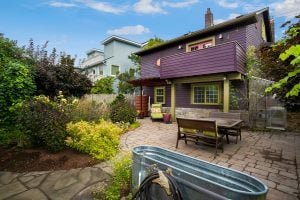 When I say family home, I mean it. Pete’s parents had bought the house about 80 years ago, and approximately 40 years ago Pete bought it from his parents. Pete and Jody raised their family in this lovely craftsman. They had made many updates over the years, and had particularly loved designing the beautifully landscaped yard and the 2-car garage where in his free time Pete worked on his cars.

But it was time to downsize. The house had too many stairs and was too much work to maintain. The property tax bill had become too high for retirees on a fixed income and they no longer wanted to live in Seattle.

Pete and Jody went exploring where they wanted to live and found a 55+ community in Mount Vernon that met all their needs. It was quiet. It was new construction. It was all on one floor, no stairs to even get into the house. The yard allowed for Jody to continue her love of gardening but was not too large. The house they wanted was already completed, but they would need to sell their Phinney home before they could purchase in Mount Vernon. I was able to negotiate with the seller of the Mount Vernon home for a longer closing period, to give Jody and Pete time to sell their Seattle house. 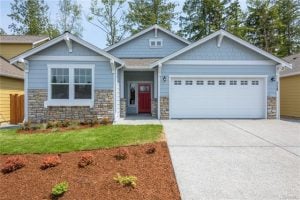 I recommended some minor repairs to their Seattle home before listing and we had the house staged. Jody and Pete worked hard at packing up 40 years of life, giving many items away, and having a mega-garage sale. It was hard work, but they had the house ready almost a week before our target list date. Jody and Pete’s Phinney home came on the market on August 5, and by August 11 we had two offers.

Both homes closed last week, Phinney on Thursday and Mount Vernon on Friday. Pete and Jody will be moving into their new home over the next few weeks. It was such a joy to call Jody and Pete on Friday and tell them that they were the owners of the home in Mount Vernon. Congratulations!!! May you have many, many years of love and laughter in your new home.